It's not fair that homeschoolers win spelling bees; they had too much time to study spelling.
A Home-Grown Success: Inside the Home-School Coup
(That article includes geography bees too.)

It's not fair that homeschoolers involve their kids in politics.
http://desmoinesregister.com/apps/pbcs.dll/article?AID=/20071209/NEWS09/712090333/-1/caucus
[that link is gone in 2020, and can't be restored; sorry]
(I'm not advocating this kind of politics at *all,* just mentioning it as another "unfair" charge.)

It's not fair that boy scouts who are home schooled have more time to work on badges.
http://homeschooling.families.com/blog/homeschooling-and-scouting-an-unfair-advantage 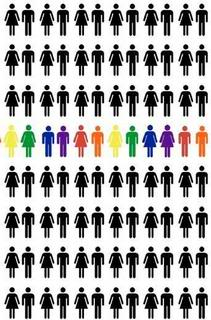 One of those articles begins:

From principals to teachers to superintendents, the reaction was unanimous and undiluted: "Your kids will fail."

All that time, the unschoolers have been hearing the same sorts of dire predictions (more like hopeful curses) from structured school-at-homers. And we hear "It's not fair your kids get to have freedoms," or "...be on the computer for hours," or "...not have to do chores." It's not fair when some kids don't have to take tests.

So what IS "fair"? Who's responsible for making life fair? Where and when has life been fair, and can we produce that condition again?

Parents try to be fair with their children, and sometimes do it by counting and measuring the time and money they put toward one child and another, but is it "fair" to give an introverted child who isn't needy the same amount of attention one might give an unsettled, hyper, talkative kid with the urge to collect something that costs money? 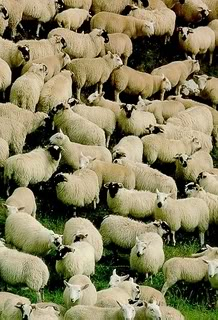 What is "fair," and how can we answer these things (at least to ourselves and each other)?

Kurt Vonnegut wrote a story over 45 years ago called Harrison Bergeron. It's very short, and the text is here: http://www.stanford.edu/~guptaak/articles/harrison.html

Is this what we should be seeking?

It's not an easy question. What should unschoolers do when it occurs to them? How can we couch our lives comfortably in terms of the world around us?


The images are from Equality Texas, which has an article on school bullying, and the Psychology Key Studies Website.

Is it fair that some kids are not exposed to school bullies and others are? And look at that grass. The ground looks NOTHING like the land around me, and neither do the sheep. Is it fair that some sheep have grass like that and some are eating desert grasses?

The whole idea that homeschoolers have an advantage because they tend to learn by rote memorization -- as if the schools don't teach/train kids that way -- made me laugh.

Then I remembered the article focused on Mike Farris, who probably does use rote memorization drills with his Christian Educated homeschooling kids.

The unschoolers in my family and others I know have better things to do with their time than rote-memorise anything!

In the radio interview the other night I think the closest it came to being about "fairness" might've been the suggestion (or accusation) that I was lazy. That all unschoolers were lazy, because school at home moms were spending a few hours a day and we weren't structuring anything.

It's not fair that some work hard and others get to be "lazy," I guess.

It's harder work to follow a recipe than to dance around and wing it. My friends who are good cooks, though, are not "lazy." I'm working hard because I'm not very good at what I'm doing and it doesn't come naturally to me. They produce much more with much less effort.

It's harder work to remember how to put an instrument together and tune it and find the sheetmusic and read it painstakingly than it is for one to pick up an instrument he can play in the dark and just *play it," but the latter is actually making music the way music is intended to be made.

No one throws stuff together and makes food who hasn't thought about it, experimented, and learned over the years. No one picks an instrument up and just makes music without really having learned that instrument all kinds of ways--beyond lessons and "how-to" books.

For unschoolers to create a rich, full-time, peaceful learning situation is not laziness. To those who "have to" work hard at teaching lessons they bought, it just doesn't seem fair, though.

interestingly, I've met several women who've told me that they can't be unschoolers because it's too much work. That they see buying a package and following that schedule as easier and requiring less thought and attention from them.

But fair? I guess I just don't get what any of these decisions have to do with fairness.

Surely that kind of fairness is like complaining that the ready meals that you buy from the store don't have the same nutritive value as the same meal that you make at home. Or that it isn't fair that David can run faster than I can so he always catches me in a game of tag through sheer speed, whereas I have to think of ways to trap him to catch him.

Somewhere, at some point you've mentioned that it wasn't fair to Keith for the two of you to have a verbal argument. That you are better with words than he is and so you could trap him in an argument. And that taking that into consideration made a difference to how you dealt with differences of opinion. Maybe that is a similar kind of fairness, like running slower when playing tag with a toddler than you would when playing tag with a 13 year old. Maybe love and affection and respect play a role in making things fair that isn't relevant when thinking about Title IX kind of fairness.

For other readers, Title IX would be one of the U.S. Federal education programs to distribute extra money to schools based on this-or-that (different, different title funds). It's a school funding thing.

I wish school funding here would benefit from kids staying home. It seems the tax base could be distributed some other way than by the present head. Then it would be an advantage to schoolkids that our kids weren't there. That's not the way it works, though.

Title IX states: "No person in the United States shall, on the basis of sex, be excluded from participation in, be denied the benefits of, or be subjected to discrimination under any education program or activity receiving Federal financial assistance." It is often used to establish athletic programs for girls, or at least that is how I most remembered it being used.

That's a link (hope it works) to the imdb page for the tv movie version of "Harrison Bergeron" starring Sean Astin in the titular role.

This is an interesting instance of a movie being more, much more, than the original written story idea of fairness made mandatory. It has certain thematic elements in common with "Gattaca" and "Brave New World" too.

It's an obscure little picture, but has a wonderful cast.