One of my favorite correpondents, Colleen Prieto, sent me this note:

So I played Rum Tum Tugger in the lyrics game, and then I was sitting on the couch singing it along to myself.

I pulled it up online so he could hear it sung better than he’d hear it from me :-) and I told him it’s from the musical Cats which I had gone to see when I was little. He wanted to know right away if we could go see the show. He went to see his first theater show (A Christmas Carol at a small local theater) just last weekend and now he’s ready for another and knows just what he wants the next one to be!

Hopefully we’ll be able to find it playing, maybe in Boston, in the near future. And until then, I’ve added a filmed DVD version to our Netflix queue which should be fun to watch.

A happy consequence of a fun game – we have something new and interesting to go and do together!

Here's documentation of when Holly got to see Cats: http://sandradodd.com/eastyorkshire

Somewhere there's a photo of her posing with the make-up kit she bought at the theatre, with her face "catted up." I'm putting this note here in hopes that when I find the photo I'll bring it here.

A week ago, Holly and I saw Emma Fuller star as Annie in a Landmark production of that musical, in Albuquerque. Her mom, Beth, was in the company 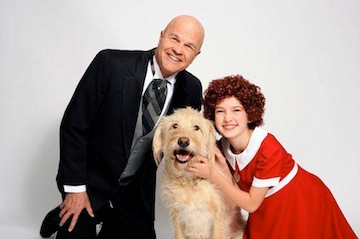 and played four parts. Emma is unschooled. Though Holly had seen her a couple of times this year, the last time I had been with Emma was in London in the summer of 2011. She was wearing a pink raincoat she had bought in Paris. In the musical, the Warbucks house provides Annie with a new coat, which she loves, and it was also pink, but fancier, and longer. But seeing her with that coat saying "I LOVE IT!" reminded me of her other pink coat, in London, not so far from where Holly and I saw Cats.

I could go on, connecting one thing to another. If you could, too, that will help you with lateral thinking—with your own learning, and that of people around you.

Keep your ideas bouncing in unpredictable directions! Let them spring and fly.

NOTE: For years I ran a lyrics game on a blog, but eventually it was repetitive and we started getting World of Warcraft gold farmers' spam, and too much other spam, so I closed it. But the tricks and procedures I had honed keeping that blog up led directly to my ability create and maintain Just Add Light and Stir, which is my favorite project and is over two years old now.

For any reader who doesn't have Rum Tum Tugger in mind already, here it is:

Posted by Sandra Dodd at 3:49 PM No comments:

Æ and its last gasps

Æ or æ isn't a very good typewriter or computer letter, but in handwriting it was very pretty.

It's called "an ash," and has fallen out of English usage. When I was a kid I used to see it in archæology and æsthetics, but no more. And even in this font, it's coming through too small, and not taking it's proper width.

With half-spaces in a typewriter, it worked well to type Ælflæd (my SCA name) or Træskæg (our friend Sigmund Træskæeg / Marty Tuft's SCA name). You ended up back on track and the end, for having used two half-spaces.


At the grocery store near us is a sign on the door, so I see it often. 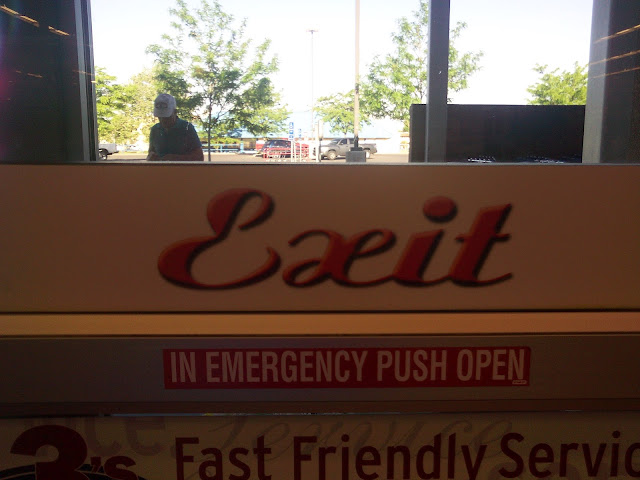 I pronounce it in my mind "eee-yay-it" but they intended for it to say "exit." Someone at a sign company discovered that character and assumed it was a fancy "X".

There are names still around that were once spelled with that letter. I think "Ælflæd" went out of style for a girls' name 700 years ago or so. :-) But Elsie is still around (Ælsie). Schuyler Waynforth has a daughter named Linnaea, and it should be, in a way of thinking, a six-letter word (Linnæa) rather than seven. That's more important for calligraphers than for anyone else.

For men's names one medieval and still rare name is Elvis (once Ælvis). Others still around are Albert and Edward (Ælbert and Ædward, back in the day).

A living language changes, and English is one of the liveliest and changingest languages of them all.