We had nesting Santa dolls for years, and just this year I burned the chipped up unbroken few left. The wood had dried and cracked. They were inexpensive, though, from a cheap catalog that sells bulk imports.

There was a Flight of the Conchords mention of Russian dolls. And so with it already in my head, I came across a page called History of Russian nesting dolls. The translation is rough and interesting, and here are a few quotes:

"In 1918 the unique Museum of Russian and Foreign Toys was opened in Sergiev Posad. The first Russian matryoshka by S. Maliutin is a part of its exhibition."

The life and death of nesting dolls: "Private making of matryoshkas and production of other hand crafted things was forbidden in the USSR – craftsmen had to work at the factories where was no possibility neither to earn enough money for their labor (rates were quite low as at other state enterprises) nor to show their art abilities (goods had to be simple enough for mass production)."


Above, 1970's stop-action animation from Sesame Street.
Below, Flight of the Conchords use Russian Dolls in a philosophical analogy. 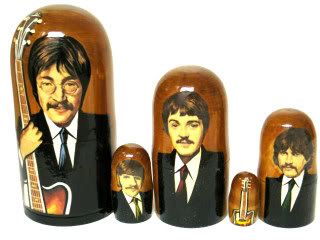 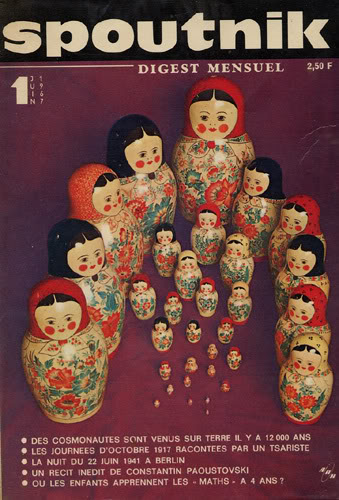 Some images I had above, before, quit working, so I've brought a google link to more Nesting Dolls than you could ever look at. Some are pretty funny these days!