Photography: What about it?

What are your thoughts about photographs? How have they changed life, or how has life changed them?
At your house, what's the difference between the oldest photos you own and the newest?
What are photos good for? Bad for? 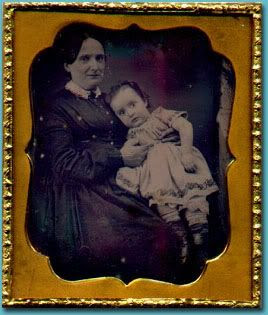 Daguerreotypes
"Welcome to the Mirror Image Gallery, the place on internet for all interested in photos and history."

I like that the description said "photos and history," because photos become history. The buildings and cars behind people in documentaries become records. The surroundings of movies shot on location become history. New Orleans shows in Easy Rider is a distorted but 1960s way, and in A Love Song for Bobby Long, one neighborhood is shown in a very casual, leisurely way. It might not be there anymore, but with the passage of time it wouldn't be there any more in the way it was during the filming anyway.

"Is it a picture or a painting?" "There is recent speculation that 17th century artist Johannes Vermeer used a precurser to the camera, the Camera Obscura, to create his incredibly detailed paintings. The result is an interesting blurring between artistic and scientific mediums...." (blog post with responses and many links)

Mirrors in images, and mirror images

Don't Believe Everything you Hear...

I have a page called Myths too many parents believe. Someone wrote and asked me to add my opinion on why they were myths on the last four there (about writing, bedtime/jobs, self-regulation having to be taught, and not swimming right after eating), so while working on that I figured I might as well branch out and get some assistance!

I'm going to list a few things that have changed in my lifetime or not so long ago, or "truths" that turn out not to be true, and I invite you to add others. Google away, if you want to. Directions for making a clickable link in a comment field are in the sidebar, but if that's confusing to you just leave the URL and I'll come and enliven a link for you. Comments can be as long and as frequent as you want. Have fun! 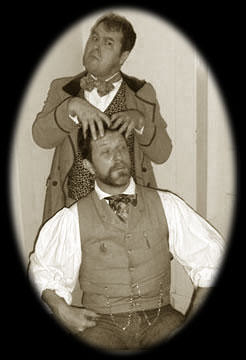 Don't Believe Everything you Hear... from doctors.

"Nursing mothers have to drink lots of milk so they can make milk." Cows don't drink milk. People don't need to drink milk to create milk. It's nuts. Most adult humans are lactose intolerant anyway, but it hasn't kept schools and hospitals from giving milk out like crazy, and sometimes insisting that it be finished off.

"Four out of five doctors prefer Camels." (Magazine ads in the 1960's, which also explained how soothing to the throat smoking was, and helpful to the nerves.)

Dr. Dio Lewis, a prominent late-19th Century doctor, was sure that the northern U.S. created strong, wise men. The Carolinas had a climate that emasculated the settlers, and Southern California caused deterioration, loss of learning and of interest in ideas, and people who live in southern climates fall into gossiping. The exact quote is here.


Don't Believe Everything you Hear... from teachers.

When I went to teach in the school district I had attended for ten years, I asked to see my permanent record. It was legal to make the request, and if it was going to follow me everywhere, why couldn't it be produced for a few minutes for a school employee to see? Uh.... "They're in storage and it would take a while to find it." I was like 22 years old and it had already quit following me!? I just laughed; I didn't press it. I'm just as glad not to know what insipid things were in there. The principal had written on my teacher review that I had "a good rapore with students."

"Brush your teeth up and down," which was replaced in a few years by "Brush down on the top teeth, and up on the bottom teeth," which was replaced within about a year by "Make the toothbrush go in circles." That might could go under don't believe everything you hear from doctors, but I learned it from teachers in health classes, telling us what the dental profession had learned to be crucial, tooth-saving Truth.

A friend of ours is an EMT and says mouth-to-mouth resusitation is not considered a good thing now. Lots of us who had red-cross cards over the years were told otherwise. Advice has changed on treatment of burns and on tourniquets, too. I put that under teachers instead of doctors because I learned first aid in school at in Girl Scouts. Here's one article on the changing stance, and many more can be found with a web search.

Don't Believe Everything you Hear... from parents.

"If you stick your tongue out your face will freeze like that."

Existing collection about parenting: "If I let him, he would..." 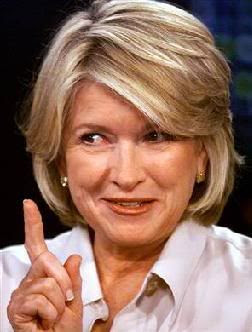 Some of the best links and examples left in comments below might be added above. Expect the main entry to change, is what I mean to say. —Sandra
Posted by Sandra Dodd at 10:01 AM 5 comments:

I learned a lot of things in one day, and got up this morning to read something I was just too tired to finish reading last night.

When I read I don't mutter, so when I gasped aloud I knew I had read something worth quoting somewhere, to someone:

The hikikomori studied and interviewed for Zielenziger's book were not autistic, but bright intelligent people who have discovered independent thinking and a sense of self that the current Japanese environment cannot accommodate.

I'll get to links and references in a minute. An unschooling mom (Meghan, in California) sent me a copy of a movie, a faux documentary, that was on TV I don't get. I didn't watch it when I first got it, but yesterday I watched This is Spinal Tap and started thinking about the value of documentary-for-fun. So I pulled out that tape of "The Confederate States of America." It's a fake documentary done by a fake British Broadcasting system with a fake Canadian historian adding lots of commentary. It's all part of the one big fiction. There are commercials, because it's done as a TV documentary that breaks for commercials, but the commercials are part of the false over-all.

In the program and one of its commercials, they talked about a disease called "drapetomania," and I looked it up, figuring Wikipedia might say it was created for that documentary. No, it was, in the 19th century, a real, medical "mental illness." Drapetomania caused slaves to flee captivity.

So I thought I would look up "school refusal," which I thought would lead to a Japanese term and phenomenon. A few years ago, I spent some time with a Japanese unschooling mom who translated some of my writing (and prefers anonymity) and she said that in Japan they lock kids up in mental hospitals for "school refusal." But it turns out School Refusal was a European disease that spread to the U.S. Somewhere in there as I read, though, I came upon "Hikikomori," which can cause school refusal in Japan.

I'm just pointing out the tip of an iceberg. I don't intend to examine, map or calculate the size and weight of this iceberg. The fact that it exists is plenty for me.

During the slave period in the U.S., it was considered a mental illness to want to escape. Today, 150 years later, there are diseases to describe school children who wish they weren't required by the government to be in school, and it's a disease not to want to leave your house to go out and mingle with the culture at large.

C.S.A. the Movie
School Refusal in Children and Adolescents, in The American Family Physician.
School Refusal on wikipedia, which led me to their entry on Hikikomori
which led to
Japan's nervous breakdown, by Michael Zielenziger, excerpts from his book Shutting Out the Sun: How Japan Created its own Lost Generation. One quote:

Unable to work, attend school, or interact with outsiders, they cannot latch onto the well-oiled conveyor belt that carries young boys from preschool through college, then deposits them directly into the workplace-a system that makes Japan seem orderly and purposeful to outsiders, even as it has begun to break down.

Unschoolers, I hope it will lead you to spend extra time with your children today, in peace and joy.
Posted by Sandra Dodd at 10:09 AM 5 comments: