A brief look at the symbolism behind a deck of playing cards by 16th C. German artist Jost Amman.

Posted to the medieval trivia list at yahoo (http://groups.yahoo.com/group/MedievalTrivia/)

I recently found an interesting article about the symbolism on early
German playing cards, so I put together a little video about a deck we
have by the German artist Jost Amman
http://www.youtube.com/watch?v=WTBUygN8fOk

The "card spots" common in one place might not be the same as in another! In the U.S. I grew up with spades, hearts, clubs and diamonds. In Spain their club is an actual wooden club, and they have gold, cups and swords. Their playing card art can look like our tarot card art.

I don't know which kind they use in Mexico; anyone know?

The illustration of the Spanish cards from wikipedia: 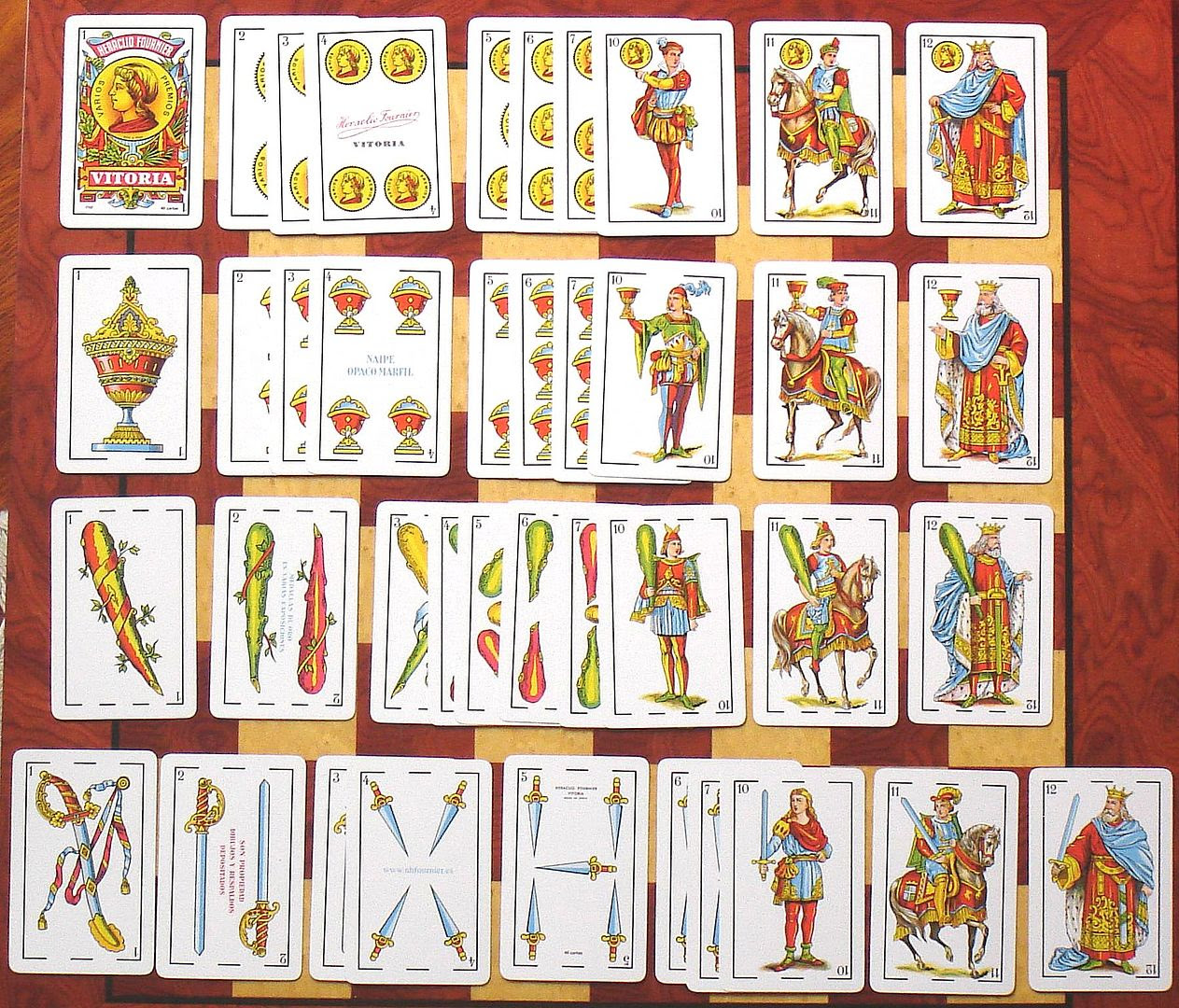