How did I not know about this holiday? I'm gonna write a nerd poem for my wife...

Roses are red, violets are blue
All my base are belong to you

LOL, Rocco. How about this:

Tracing back from that, I found this by Erin Rose O'Brien:

While rummaging across the internet for wacky holidays, I found this:

Apparently, it originated in Spain. You go Spanish nerds. In addition, it falls on the anniversary of the original Star Wars film.

In 2008, Geek Pride Day came to America and in 2009, Canada. So let's rock our nerdiness. Let's get a large number of people to party it up with us.

Meanwhile, for the past several days, other nerds have been writing other poems, on a Facebook page created by Jeff Sabo. As those who don't have a part-time home on facebook won't be able to see it, I've brought some of my own, and the promise that there are many more and better there.

Why do we think it?
That big thoughts will not fit in
Small words of one sound.

and what started me with the five-syllable situation:

In Beowulf's age
Haiku all angled to be
Alliterative

One of my favorite geek-poetry things of all is the error message haiku which have been going around for years. There's no one definitive set, I don't think, as they're passed around as office humor, but here's one site with a collection:
http://www.strangeplaces.net/weirdthings/haiku.html
Posted by Sandra Dodd at 10:51 AM No comments:

http://sandradodd.com/physicality
Posted by Sandra Dodd at 11:08 AM No comments:

Because of watching this: As Time Goes By... 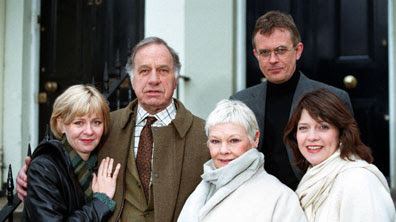 ...I read this: http://en.wikipedia.org/wiki/Edith_Cavell. There was just a passing mention of Edith Cavell, in the sixth episode of the third season, and I wanted to understand the joke.

And so I learned a fair amount about WWI that I hadn't known, and how people were being recruited with a story that turned out to have much exaggeration and some denial. But still it was heroism, and had I know this before I was in Norfolk last summer I would have wanted to see this monument. I might have passed right by it, but didn't know the story. 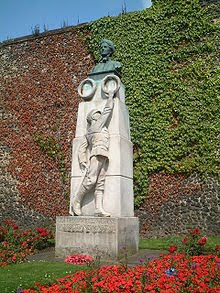 There are roads, schools, hospitals, buildings, people, a pub, a mountain, a bridge, a rose, a radio station, a YWCA camp, and a hill or something on Jupiter named after Edith Cavell, in the U.K., Belgium, France, Portugal, South Africa, Canada, the U.S., New Zealand and Australia. And Jupiter. Okay, well not all those named things are in all those places. One in each, at least.

If considering the difference between knowledge and trivia, consider this, by Ronnie Maier.

Wrapping the point in silk
Each of us is born with a crazy passion to learn.
Each of us craves knowledge of our world and our place within it.
We learn because we want to learn, because it’s important to us, because it’s natural,
and because it’s impossible to live in the world and not learn.
Then along comes school to mess up a beautiful thing.
~ Peggy Pirro, 101 Reasons Why I'm An Unschooler

MJ helped one of my nieces with her long division homework the other day. Hearing that she had done this got me thinking again about what a waste of time and brain cells it is to learn long division.

#1 - As Pam Sorooshian pointed out in her math talk at Good Vibrations last year, the precision of long division is just not what we need out in the real world. Think about when you use division in real life: calculating the best value at the grocery store, figuring gas mileage, seeing how many of something you can use in a given time period or distribute to each person, and so on. And how do you do it? In your head, using estimates. "258 miles on 7.8 gallons, um, that's a little better than 30 mph." Done. Typically, we don't need to know that it was 33.07692 mph. And if we do...

#2 -Most of us carry calculators with us all day every day. We have calculators on our computers, in our phones, in our PDAs, in our watches, magnetized to our dashboards, clipped to our grocery carts, whatever. With a little practice, we can use these faster than we can estimate in our heads.

So, why are they still teaching long division in schools???? It is but one example of how schools have failed to adapt.

Once upon a time, it was vital for a certain group of people to know that wearing a silk shirt under armor might save your life, since the silk makes it easier to remove an arrow if you get shot. Somebody figured this out, and the word spread, and it became part of the standard warrior curriculum. Back then, knowing this technique was a matter of life and death. Nowadays, it's a quaint little factoid.

I'd rather have my kids learning about that than long division. Long division is a dead end, an exercise in tedium, a compelling bit of evidence that "math is hard" (not to mention unpleasant), or worse, that "I am stupid."

That little silk tidbit, though... Now that's interesting. I don't remember where I learned it—probably in a romance novel—but I looked it up on the Internet. It led me to Mongols and absorbency and sutures and animal rights for worms. And it led me to wonder: Who figured this out and how? Can you imagine the circumstances...? Chloe and I laughed together as we talked about it.

In other words, that little tidbit is fun. It opens doors. It engages my brain and reminds me that the world is full of things to discover.

That is what learning should be. I wonder why our schools haven't figured that out.

Posted by Sandra Dodd at 6:22 PM No comments: