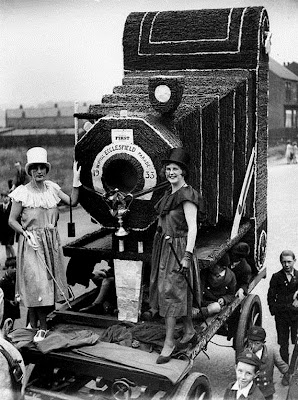 A 1933 horse-drawn float that seems to be made of flowers. I thought "Rose Bowl"?

But I could see (even in the smaller image that was in the e-mail from Retronaut) "Ecclesfield." For all I know, there's an Ecclesfield, California. So I googled it. Found "Ecclesfield parade," and all in just seconds.

Ecclesfield is in South Yorkshire, near Sheffield. I read about hospital parades, which were held there from the 1890's to 1936, and looked back at the photo. I could see "Ecclesfield Parade," but there was another word on the left. I got a magnifying glass, and it says "Hospital."

Now I know how hospitals were funded before the National Health program, and I have more pictures in my head of England. Nice. 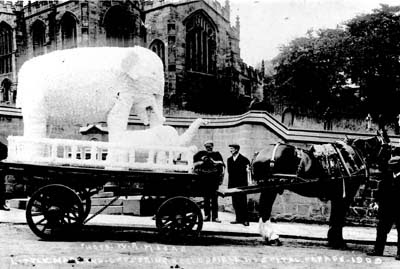 The link says they were paper and flour paste on a wire frame. I wonder what they did with them afterwards. Maybe left them at someone's farmyard until the weather dissolved them?

When I was a kid I worked on a float once. We were wiring paper flowers (paper napkins made flowerish with a fluffy fold and a piece of wire) to chicken wire. I suppose (never thought about it until today) that at the end of it all, they cut the wire off the truck, rolled it all up and took it to the dump.

One thought leads to another, if you let your thoughts gallump along. :-) Retronaut has sparked a LOT Of thought! Here's their entry (introduced in the e-mail): http://www.retronaut.co/2011/12/vintage-big Vintage Big. All they cared about was that it was a big camera, in an old photo. That's enough.

Posted by Sandra Dodd at 8:25 AM No comments:

Ganesha and the Methodists

All this happened in a twelve-hour span...

I read a hymn in a new Methodist hymnal (and took notes so I could look it up). I knew the tune, so I could hear it in my head. The notable thing was that the text was pretty much a prayer asking God to help people reconcile faith and science, mystery and proof.

The tune I know it to is here (let the intro stuff go by before the real melody starts):

Here's the arrangement and words I grew up with, from The Baptist Hymnal of 1956: 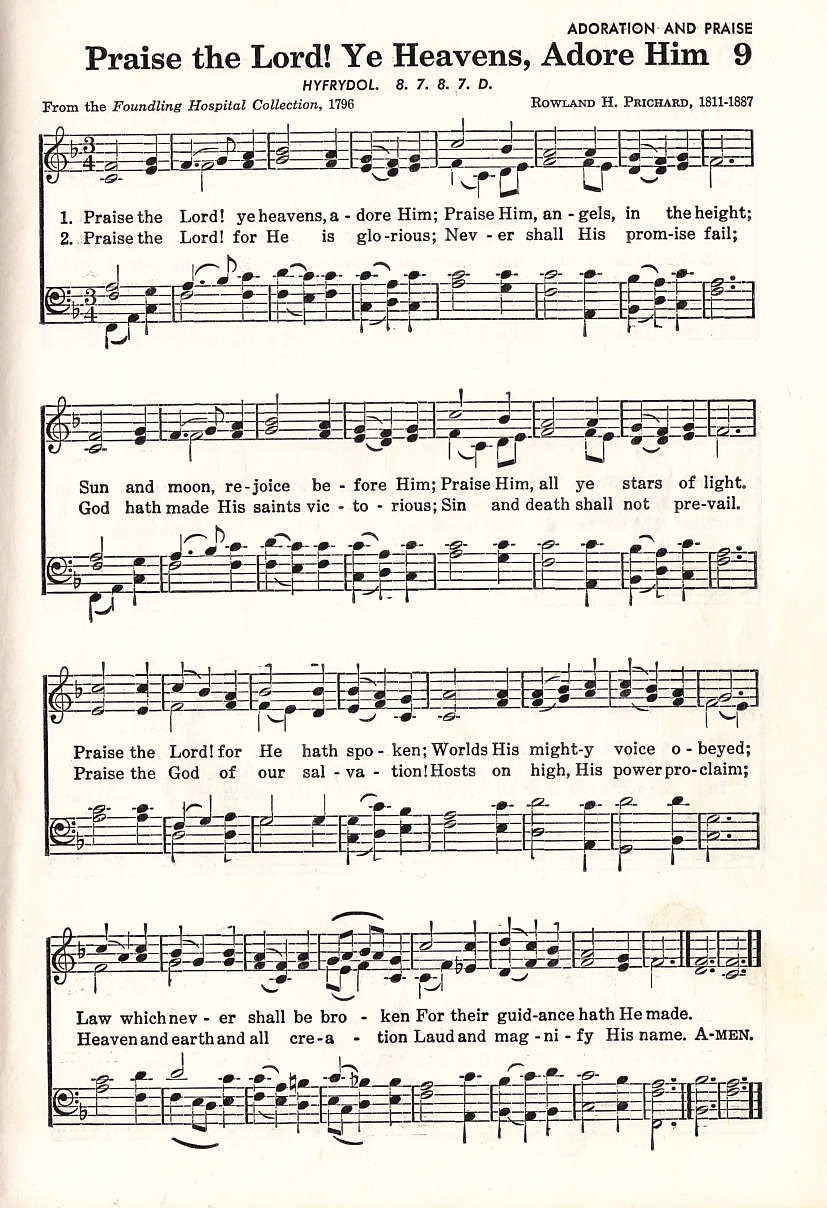 I can play that on the piano. I'm likely to make a few mistakes but it still feels good.

I read the new text while waiting for a Christmas concert Holly was in. It's called "Praise the source of faith and learning," by Thomas Troeger. The hymnal was The Faith we Sing, 2004.

Here are lyrics: http://faculty.samford.edu/~twwoolle/Praise%20the%20Source%20of%20Faith%20and%20Learning.htm "...lest we justify some terror with the antiquated creed" was the end of one verse. It's to the tune above.

That's Holly with the short hair in the front row, black dress with sleeves, above the first poinsettia.


This morning I checked the overnight/international e-mail. Hema Bharadwaj and I have been having an exchange about Ganesha, because Marty did his final project in an Eastern Religions class on how to set up an altar to Ganesha. Hema sent a link she liked about the origin of Ganesha and some regional variations and symbolism. The final paragraph is this:

Thus various symbols with potent metaphysical themes telescope into the form and narrative that is Ganesha. They speak a profound truth in a language that bypasses the rational mind and connects intuitively with the soul. It is this silent language that we – a generation bombarded with unsubtle ‘Breaking News’ – are longing perhaps to hear. That is why we are so drawn to him, going to the extent of turning him into celluloid cartoons and plastic China-made dashboard displays. And Ganesha does not mind, so long as we appreciate the realm of his mother, and aspire for the realm of his father. (http://devdutt.com/decoding-ganesha/) 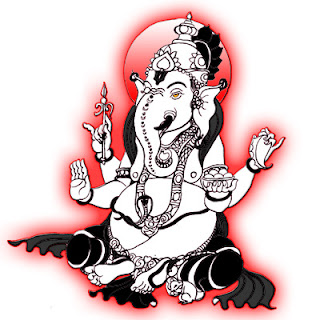 His mother(Shakti/Pavarti) wants to accept life and death in the real world; his father (Shiva) would prefer a spiritual life of renunciation. Ganesha melds those, and understands both.

I was excited to read this on that page, too: " Ganesha’s rat may be depicted in films as a cute mouse but it is a bandicoot..." I was in India a month and didn't see a single monkey, but the last night, on the way to the airport, I saw something running in the raised, wide median between lanes on the highway in Mumbai. I saw more than one. In Albuquerque it might've been prairie dogs, living in the dirt next to a freeway, but it was nighttime and this wasn't Albuquerque. I'm glad I saw them, and I'm glad that Hema and Pardnya believed I had seen them, and said "bandicoots." So I didn't see monkeys, but I did see bandicoots (fleetingly), and now I understand why sometimes (in English) I read that Ganesha has a rat, and sometimes I read it's a mouse, because as far as I (and probably others in the western-English-speaking-world) knew, Crash Bandicoot was nothing more than a video game character. 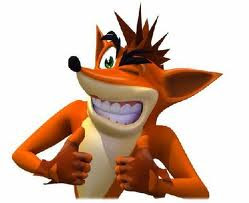 I've seen Ganesha's rodential friend portrayed sleeping, pulling Ganesha in a chariot, giving him a ride on his back, playing chess with him... On a wikipedia discussion of symbolism, there was this statement: "Martin-Dubost notes a view that the rat is a symbol suggesting that Ganesha, like the rat, penetrates even the most secret places." That's kind of cool. In Christian parallel, that's like The Holy Spirit. Kind of.